What is Con Brio?

Con Brio is an all-natural product, based on two essential oils: eucalyptus and peppermint, combined with organic menthol from the peppermint plant. The water-soluble formula can be used in both water and an atomiser spray.

What is Con Brio?

Con Brio is an all-natural product, based on two essential oils: eucalyptus and peppermint, combined with organic menthol from the peppermint plant. The water-soluble formula can be used in both water and an atomiser spray.

How does Con Brio work?

1,8 Cineol (the active ingredient in eucalyptus oil) and menthol (from the peppermint plant) have for decades been known for their relieving effect on respiration. Both essential oils have an antimicrobial effect that has been tested extensively in many scientific studies.

During an airway inflammation, the cells in the upper respiratory tract produce mucus. Mucus can act as a blockage and cause shortness of breath. In addition to its antimicrobial effect, 1,8 cineol reduces the mucus layer in three ways: by reducing the underlying inflammation, by stimulating the cilia that remove mucus and by decreasing mucus production. Menthol is one of the most frequently used products to lighten the symptoms of a cold. It has a soothing and cooling effect on the throat and also gives the sensation of more free respiration. Higher (outside) temperatures and a dusty environment can hinder your bird’s breathing. Adding Con Brio to the water supply can support your bird to breathe more freely.

Bronchovital is a powerful tonic Topform herbal, which is specifically designed to optimize to get and keep the airways of the modern pigeon sport clean

Lysocur loft spray ensures healthy air in your loft. It has been scientifically proven beneficial effect on the eyes and the respiratory tract.

This product is based on the herb Sambucca Nigra that is known for its protective function against viruses. The acidity stimulates development of a healthy intestinal flora. Very suitable for use with young birds disease, possibly in combination with an appropriate antibiotic

Supplementing the diet with valuable herbs. For a healthy diet of pigeons.

MYCOSOL contains a selection of aromatics and essential oils that have a beneficial effect on health, including Oregano Vulgaris and a number of thyme chemotypes, with a pronounced effect against many problems and body weakness.

Powdery feed supplement based on horseradish and nasturtium in support of the airways. Stimulating effect on the physiological ejection of dust, mucus and airway linings. 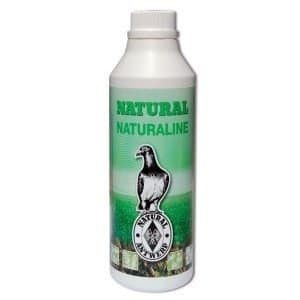 This is a concentrated extract of 15 selected vegetables and plants.